A week ago I witnessed one of the most special Manitou Magic moments I’ve ever seen when our 15 and 16 year olds dedicated a firepit sanctuary to a special needs camp nearby.

This single moment was months in the making. Jon, Dave, and I decided to up the ante with the Leadership Program a couple years ago. We wanted our boys to become involved, passionate community members who possessed a skill-set to be a leader both in and out of camp. We knew it was important to facilitate meaningful, but engaging projects that provide opportunities to practice a variety of important leadership skills. This year the Leadership Program was split into four categories: Instructional Apprenticeship, Theatrical Arts, Program Development, and Community Service.

Each piece has been an inspiring success. CIT Unit Leader Dan Stern led the boys in Program Development hosting an afternoon activity, evening activity, lazy morning breakfast, and a full camp 5K race benefiting Experience Camps. Theater Director Adam Ryan transformed our athletes into MacBeth, Roxy Heart, Egon Spangler, and some Goonies. The boys spent a full week teaching instructions to younger campers in areas like baseball, culinary, and waterskiing. They also ran a Sunday morning sports league for the youngest campers. We even increased the frequency the boys supervised younger cabins while counselors attended staff meetings. On top of all this, the boys widely report this was their most epic summer ever.

Still, there was another element to the Leadership Program: Community Service. Last summer, our Leadership Program participants spent a day volunteering at Pine Tree Camps, a local special needs camp. We were so touched by this experience that we felt compelled to do more. In addition to providing the highest quality summer experience for Manitou campers, we wanted to develop a sense of duty and empathy towards our local community and those who are less fortunate. Led by High Senior Unit Leader Andy Ambat and myself, each College League’s team oldest campers spent a week each working at Pine Tree.

One of the first things we noticed at Pine Tree was their firepit. It was maybe 10 logs stacked together in the center of camp. No seating. No special feeling. No story. At Manitou, we have the Indian Village; a sanctuary with seating for 500, a giant stone firepit, and beautiful Birch gate. The Manitou campers wanted to create to create a similar place for Pine Tree. The Leadership Program’s mission is to educate young adults on important aspects of leadership by putting them into executive roles on large format projects. With this as the foundation, our campers spent 5 weeks planning and manually building a new firepit sanctuary.

On our second meeting in June, I drove Penn State’s seniors to Mr. Woodchuck’s Mill. Here they selected the best logs for seating and completed a purchase order. 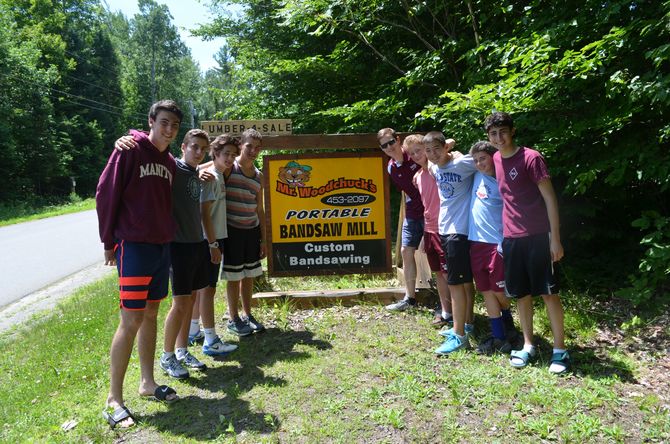 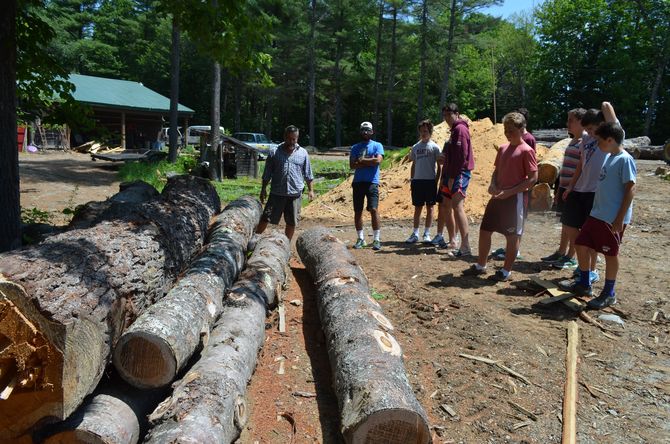 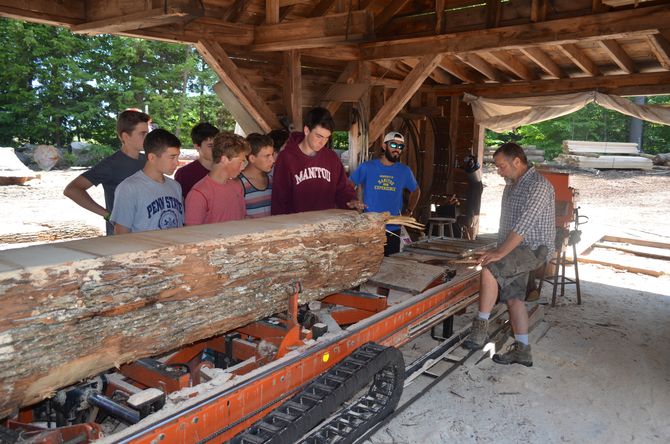 The Florida and LSU teams determined the needed materials to transform an overgrown wooded area into a meeting place: mulch, rakes, gloves, shovels, wheelbarrows, and tarp. They worked for 10 straight days manually clearing and moving 2 full dump trucks worth of mulch into the space. 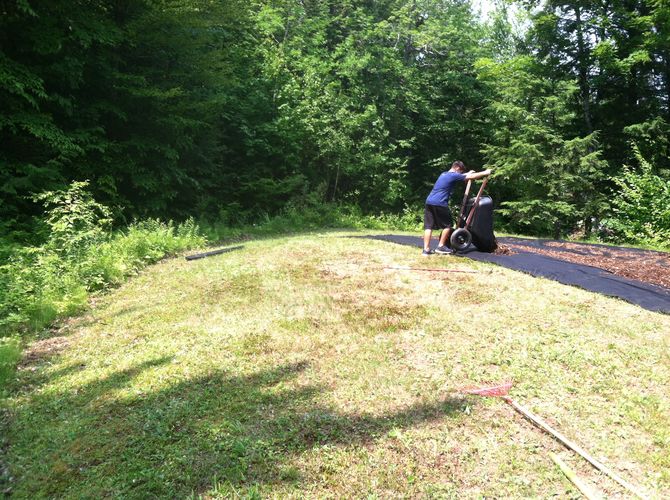 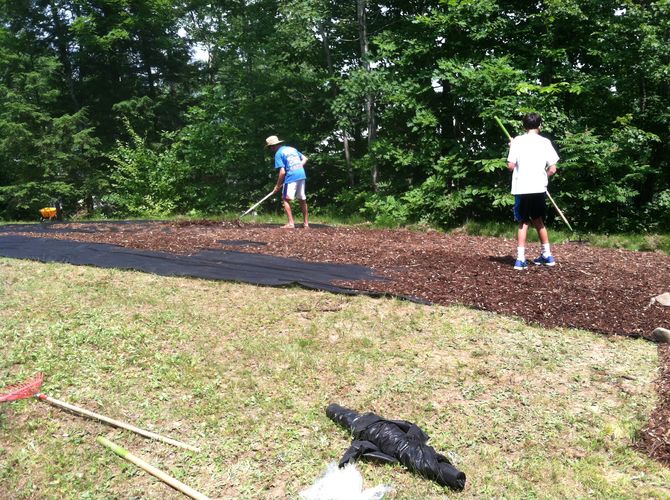 During the first week of second session, I drove the Texas boys to Somerset Stone to select the best stones for their firepit. They selected beautiful stones for the exterior, fireproof lining for the interior, and pebbles for the base while completing a purchase order. 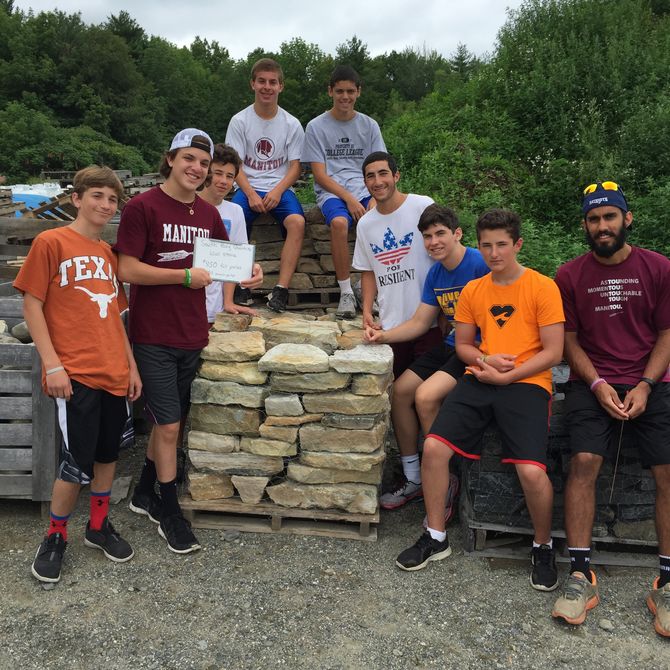 The day before Pres Night, the entire group of 60 High Seniors and CITs put the final touches on the new Indian Village. It was incredible to see the transformation. A camp without a facility for full camp meetings suddenly had a gorgeous space for 150 people; even more impressive it was dreamed up and built by the manual labor of our campers.

That special moment happened Wednesday after Pres Night. Pine Tree was in session with about 100 children with disabilities, and the Manitou High Seniors and CITs hosted a dedication ceremony and s’mores party for the kids. We arrived about an hour early to light the tiki torches, make the s’mores, and put the final touches on the new space. The Manitou campers were wrapped up in College League, trip day, and other camp news, but the moment they met up with Pine Tree’s campers their disposition changed. 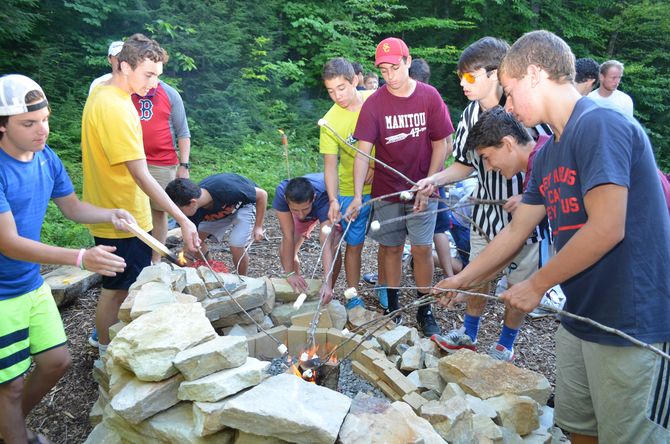 They became softer, more aware. They walked through the gates of the Indian Village they’d built arm-in-arm with children with Autism and Down Syndrome. 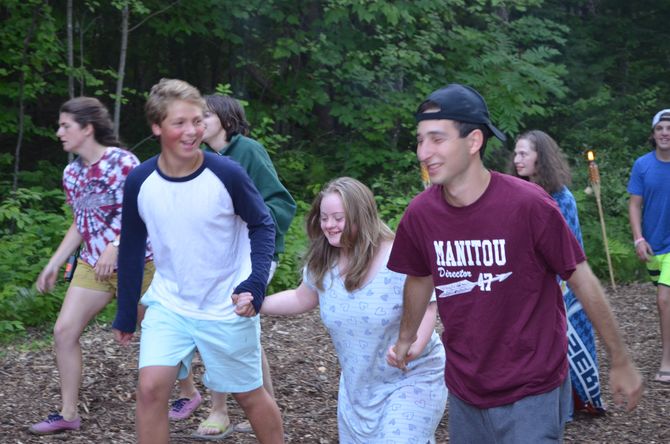 It was incredible for them to see what they had created. They’d spent the last 5 weeks being woken up by Andy and driven to Pine Tree to shovel and push mulch up a hill. But the awe and excitement of Pine Tree kids seeing the lit torches, the giant gate, and the happy Manitou faces totally made the 5 weeks worth it. 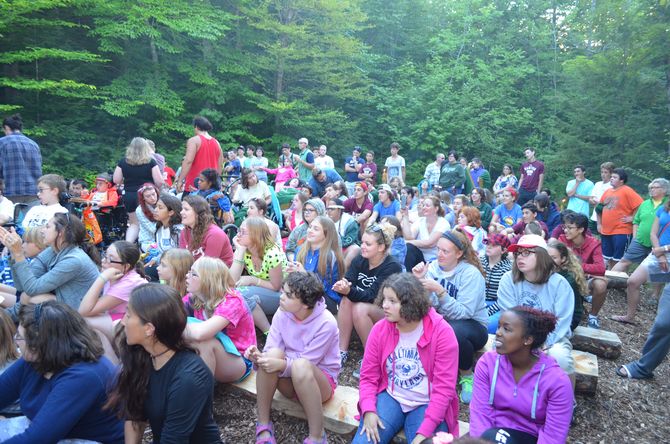 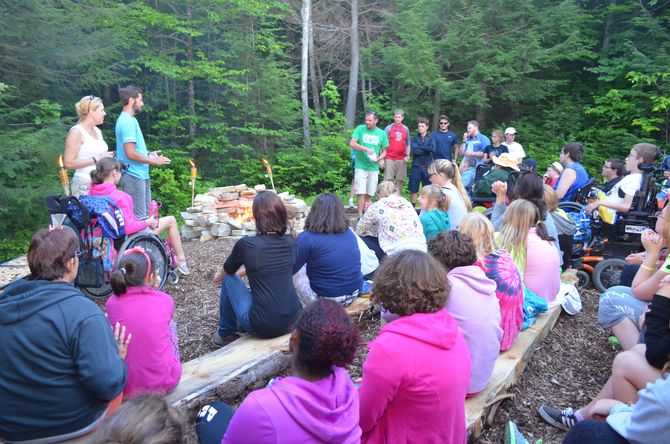 I’ve had the honor of watching most of our High Seniors and CITs grow up at Manitou. It’s been extraordinary seeing them fall in love with camp over the past decade and to now turn around and share some of their Magic with other children. Small experiences of giving back like this one as part of a greater whole like College League, Color War, and sleepaway camp define one’s character. I am so proud of the 2015 High Seniors and CITs who truly have become involved, passionate community members and who are leaders both in and out of camp. 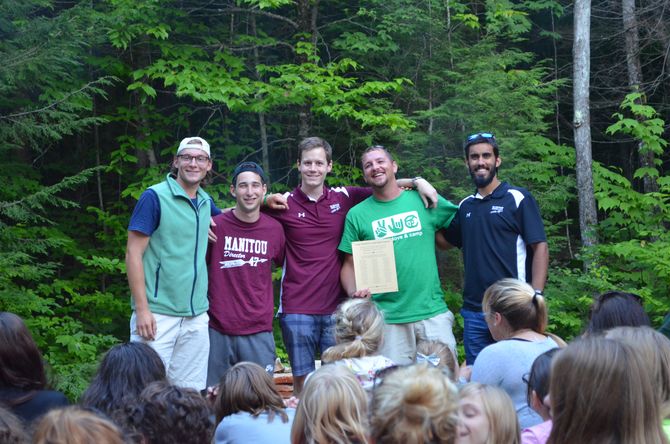