The Canteen Experience - And What Are TouBucks? 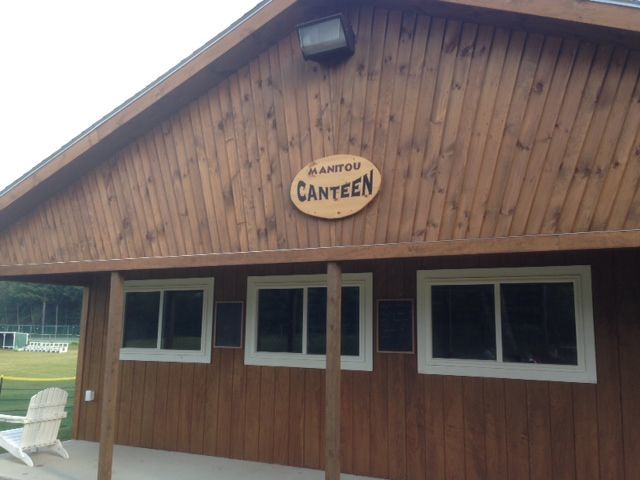 For many years, “canteen” meant an item of candy that you chose from a list in the morning, that was later delivered to your bunk, along with your mail and packages. Three summers ago, we gave canteen a makeover with the introduction of the Canteen Store, and along with it, the concept of TOUBUCKS (TB). In 2014, we upgraded with a brand new Canteen building, complete with 3 windows (for improved line flow efficiency), a full sized refrigerator (for increased gatorade volume and frozen ice pops), and more storage space (for, well…storage).

I tell you this so that next time you’re wondering “what do these people DO all year?”, now you’ll know. We apply sophisticated business and operational concepts…to CANTEEN.

TouBucks is a digital Manitou currency that can be spent on items in the Canteen (we don’t accept bitcoin). Each camper gets 5 TB per day, and if they don’t spend them, they accrue. 5 TB will get you any number of goodies, ranging from a candy item to sunglasses and popcorn. 10 TB will get you such coveted items as Gatorade and Pop Tarts. Additional savings will get you magazines, Manitou gear, and games. Their are also healthier food options, some from our Garden, for 2.5 TouBucks. Shell peas come out this week!

For 2016, a few new opportunities open up at Canteen. One, more group purchasing items – campers can combine TouBucks for larger, shared items (ie: bunk pizza). Two, the College League deans have chosen a couple of items each that will be offered in the Canteen Store. Campers can save up their TouBucks for some team spirit. This should make for some good conversation outside Canteen. We often hear the little guys trying to calculate the maximum amount of TouBucks they could save up during their lifetime at camp, and what that would get them. I look forward to that conversation in six years.

Now let’s stop for a minute and consider all of the educational and practical benefits of this system.

Math – “How many TB do I have? How much does it cost? Can I afford that deck of cards?”

Self-Control – Much like that famous Marshmallow Study from the 70’s, wouldn’t it be interesting to correlate how many TB savers eventually become College League Deans?

Choice – Kids love to have control over big decisions like snacks. They feel empowered.