Backstage at the Manitou Theater 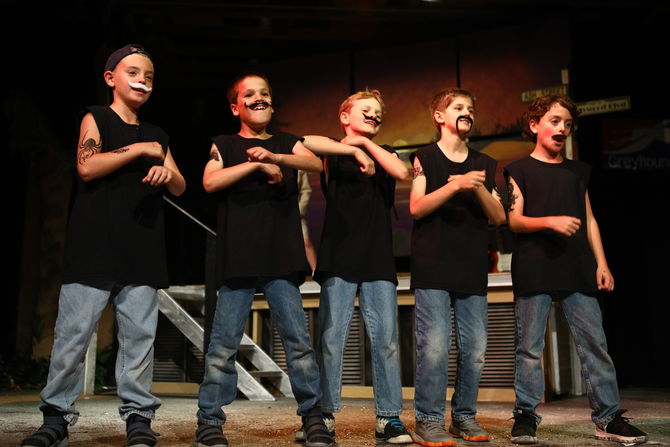 Manitou has a wide selection of creative activities, foremost among them is our drama program. Each week a different College League team puts on a show. These productions are run like a big company project — they have a budget, a professional staff to work with, a limited amount of time to practice and complete, and the team needs to come up with creative ways to promote it. Also, the shows for 2018 are all musicals and involve collaboration with our camp band. Overall, more than 50 campers and counselors will participate in each production — on stage, back stage, sets, costumes, music, and promotion.

In a 6 day production period, every minute is a brainstorm. New ideas are constantly popping up, changing and evolving. We never truly complete the show until the final performance. It’s important for us a staff to allow the campers to shine as brightly as possible, not out-staging them in any aspect. Our first priority is always to prepare the campers as much as possible.

An unavoidable aspect to doing theater at an all-boys camp is the need to fill female roles, can you speak to the challenges that this posses?

Because each play is for College League, many campers see dressing up as a woman as an opportunity to go the extra mile for their team. We ask them if they are comfortable playing a female part at auditions; if they say no it’s our policy to make them feel as safe as possible. While it is hilarious to see them rehearse in high heels, no one gives them grief, the team is very supportive.

That entire 24hr period is a site to behold. With a thousand jobs left to be done, no one is above chipping in whatever way they can. We have campers doing other campers make-up. The paint is usually still drying on the sets as the audience is filling in. From where I sit in the booth I can see the stampede of campers rushing up from dinner to see the show, and that’s when I know the show is about to start. It is both amusing and terrifying.